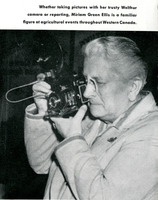 Pioneering agricultural journalist Miriam Green Ellis (1879-1964) exulted in wearing what she called “seven league boots” to visit the farms and families of her huge “Western parish.” Alert, intuitive and keenly observant, she always embraced “the adventure of the unexpected.” The resourcefulness and determination she showed in her 1922 river steamer journey to Aklavik, Northwest Territories, have left us with remarkable textual and photographic images of her passage from the metropole to the periphery. This site samples a wide variety of her adventures and friendships. 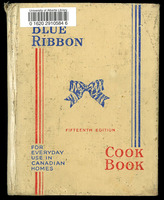 This exhibit takes a broad approach to food history, looking at cookbooks and beyond to examine food’s development and depth of influence in Canada’s Prairie provinces. It embodies the idea of a “foodscape,” described by Juan E. and Magda Campo as “a way to talk about the culinary culture(s) of a place as defined by the interactions of a variety of factors: geography, climate and environment; religion, language, and cultural practices; history; social organization, ethnicity, status and gender; science and technology” (also quoted in Kenneally and LeBel 7). 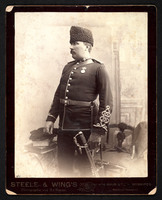 Published in 1915, Sam Steele’s memoir, Forty Years in Canada, has, more often than not, been accepted by readers as historical fact, but an analysis of the letters and manuscripts in the Steele Collection reveal it much more than one man’s autobiography. Steele relied on his network of former colleagues and friends not only to fact check his manuscript but also to provide colourful incidents and remembrances he could place in Forty Years in Canada. Steele’s borrowing helped to highlight his role in every event of Canada’s first four decades as a nation, as well as promote the image of both Steele and the Mounties as nation builders. This exhibition explores the complicated publication history of Steele’s Forty Years in Canada through an analysis of letters, manuscripts, and documents from the Steele Collection.

One of the most unusual, most beautiful—and most sinister—holdings in the University of Alberta’s Bruce Peel Special Collections is a velvet-clad, wood-bound volume dating from the middle of the fifteenth century. Donated to the university in 1988, it is one of just a few surviving manuscript copies of an essay written by a late medieval scholar seeking to convince his countrymen to find and persecute witches. Predating the famous Malleus Maleficarum (or “Hammer of Witches”) by some 26 years, it offers important insights into the early history of the witch-hunts that plagued late medieval and early modern Europe.

The book itself is a beautiful—if tattered and damaged—example of the luxury volumes produced for the wealthiest princes in late medieval Europe.

The book’s contents, by contrast, are vile. They testify to the ways that intellectuals, fired by good intentions and emboldened by institutional power, have sometimes arrived at truly inhumane conclusions.

A Brief History of Initiation and Freshmen Orientation at the University of Alberta, 1908-1970

Pushing the limits of the traditional book form and constructed using a wide variety of formats and materials, artists’ books first emerged in the 1960s and 1970s as an expression of social and political activism, a way to "talk back" to mass production and mass media. In the decades that followed, these unique or limited edition hand-made art objects soon became valuable and highly collectible. Preserved in public and private collections, they are frequently featured in exhibitions. University of Alberta's Bruce Peel Special Collections houses an important collection of more than 1,000 artists’ books, and this digital exhibition highlights a selection of those artists' books made in Canada by women.

Photographies explores the many technologies, materials, and practices—in other words, the many “photographies”—that make up the history of photography from its origins in the late eighteenth century to the end of the twentieth century. The exhibition is arranged around a series of questions, beginning with “What is Photography?” and moving on to consider how photographs shape memory and identity, circulate knowledge, and become works of art. Bruce Peel Special Collections offers rich resources for this exploration, allowing us to bring together well-known photographs with others that are unique, ordinary, or simply surprising. 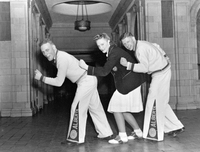