Herbert Belcourt, CEO of Canative Housing Corporation, has played and continues to play an important role within both the Aboriginal and non-Aboriginal community. During the past 30 years, he has volunteered his time and expertise to many associations, committees, and boards including University of Athabasca Board of Governors, Native Counselling Services of Alberta, and Alberta Arts Foundation. Well known for his support and promotion of the importance of education for Aboriginal peoples, Belcourt has given generously to NAIT, GMCC, Athabasca University, and U of A. 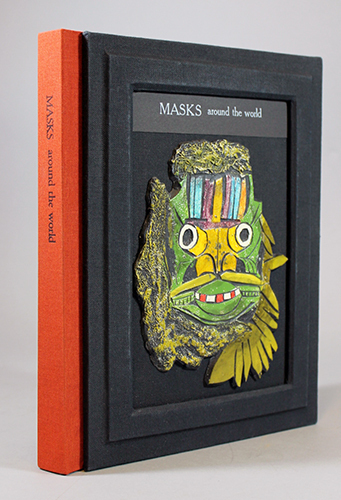 Masks Around the World

A remarkable handmade pop-up book containing collagraph plates of 15 intriguing masks from different cultures, the printing, design, and original prints are all created by Ross. “Because masks are so much a part of human culture it seems natural to make them dimensional,” Ross said. A beautiful addition to the library’s holdings in artists’ books that explore native cultures. No. 15 of 15 copies signed by the artist. [N 7433.4 R79 A6 M397 2000]

Henry Friesen is chairman of Genome Canada and one of Canada's leading medical researchers. His most important scientific contribution was the discovery of the human hormone prolactin and the development of a simple blood test to identify patients with tumors that secrete excessive amounts of the hormone. Friesen is a former president of the National Cancer Institute of Canada and the Medical Research Council of Canada. 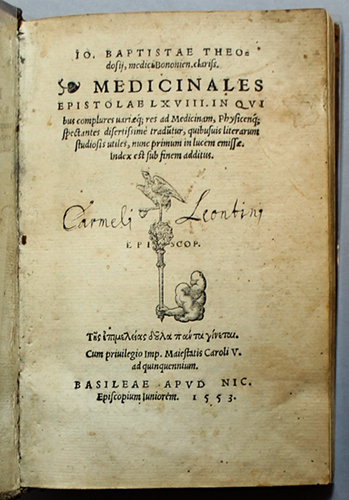 This is a first edition of an uncommon collection of letters on many medical subjects by a distinguished Bolognese physician. Among the topics covered are herbs used in drugs, cardiology and circulation of the blood, gout and arthritis, and tumours of the breast. An important work that went through several editions, this is a very good copy bound in blind-stamped sheep. [R 128.6 T314 1553]

Erast Huculak is the founder and president of Medical Pharmacies Ltd.—the largest supplier of pharmaceuticals to long-term care facilities in Canada. He bought and donated the first Ukrainian embassy in Ottawa, and he founded and directed the Children of Chernobyl Canadian Fund. Through a major donation to U of A, the Huculak Chair of Ukrainian Culture and Ethnography was established—resulting in the university being recognized as the continent's leading centre for Ukrainian studies. 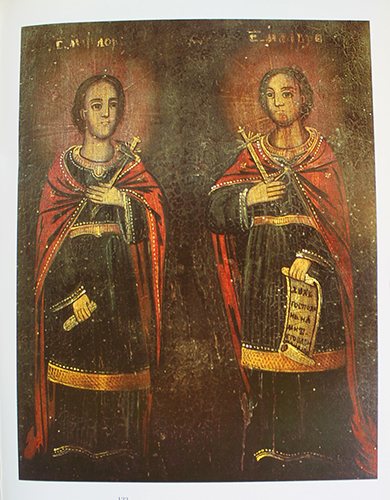 Ukrainian Folk Icons from the Land of Shevchenko

This volume features two hundred icons by peasant masters, mostly of the nineteenth century, from central Ukraine, Cherkasy oblast, Kiev, and Poltava oblast. They are published here for the first time in radiant colour images. An interesting and useful addition to the library’s internationally-respected holdings in Ukrainian history and culture. [N 7965 L985 2000]

Walter Lichem has had a distinguished international career highlighting particular engagement with Canada as a whole and a special championing of U of A in particular. Currently Special Envoy and Head of the Division for International Organizations in the Austrian Ministry of Foreign Affairs, he was Austrian Ambassador to Canada from fall 1993 to January 2000. During this tenure as Ambassador to Canada, Lichem's vision, commitment, and diplomatic skills resulted in the 1998 establishment of the Canadian Centre for Austrian and Central European studies at U of A. 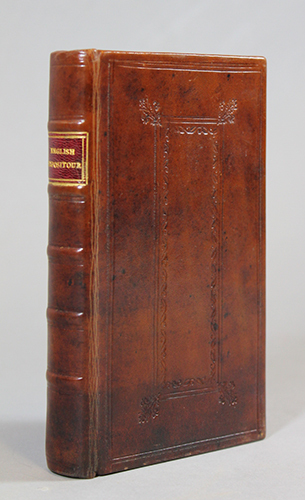 Bullokar, John. An English Expositour, or, Compleat Dictionary: Teaching the Interpretation of the Hardest Words, and Most Useful Terms of Art, Used in Our Language. Cambridge: Printed by John Field, printer to the University, 1667.

An English Expositour, or, Compleat Dictionary

First published in 1616, the year of Shakespeare’s death, this was the second English dictionary to be published. It contains twice as many words as its predecessor and shows particular concern for “old words growne out of use.” A highly popular and influential work, this is a rare volume to find in good condition and it is handsomely bound in full leather. [PE 1670 A2 B42 1667]

Antoine Noujaim, Professor Emeritus U of A, is an academic leader in both teaching and research and is internationally recognized as a global pioneer in the field of radiopharmacy. He established the first North American graduate program in radiopharmaceutical sciences, acquiring the first nuclear reactor (SLOWPOKE) in a Faculty of Pharmacy in North America, and founded the first Radiopharmaceutical Centre (1970). Noujaim discovered the revolutionary and world leading technology that uses anti-idiotype induction technology for cancer therapy. 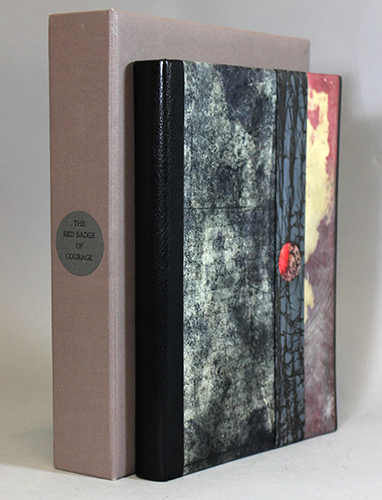 The Red Badge of Courage

One of the most cherished of American novels, Stephen Crane’s searing 1895 novel of the American Civil War is a harrowing psychological study of a young soldier around whom Crane weaves a subtle veil of symbolism. This splendid limited edition reprint has a unique binding of goatskin, parchment, and vellum with coloured dyes by British master binder Stephen Conway. This special binding reflects the seriousness and solemnity of war and is a work of art in itself. [PS 1449 C85 R3 1988 folio]

Adi Roche of Cork, Ireland, founded the Chernobyl Children's Project after receiving a desperate appeal from doctors in Belarussia who were seeking help for patients whose lives were devastated by the Chernobyl disaster. From the most humble beginnings, the Children's Project has provided millions worth of medical aid directly to hospitals and orphanages in Belarus, Ukraine, and Western Russsia, along with recuperation holidays in Ireland for over 7,200 Belarus children. 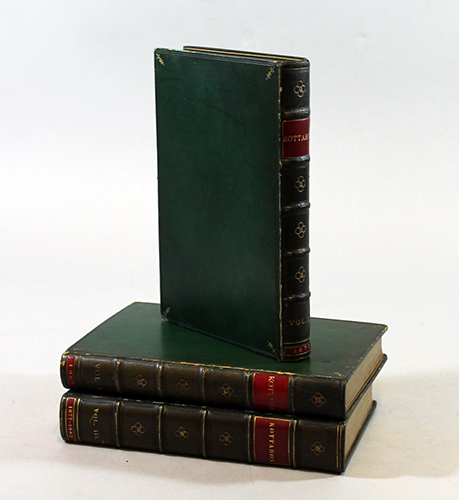 This is a rare Irish periodical complete in 27 parts, featuring a variety of new writing, including some nimble light verse, and edited by the noted classical scholar Robert Yelverton Tyrrell. Most notably, it contains contributions from the young Oscar Wilde. It is a major addition to the Peel library’s holdings of Irish literature, which includes first editions of most books penned by W.B. Yeats and James Joyce. [PR 1110 C6 K87 v.1 1869/1873, etc.]

Professor Wole Soyinka of Nigeria has been widely acknowledged as one of the most talented writers of contemporary Africa and one of the most important figures of the twentieth century. Primarily known as a playwright, he has also written poetry, novels, and non-fiction. Soyinka has won several national and international awards, including the Nobel Prize in literature in 1986. 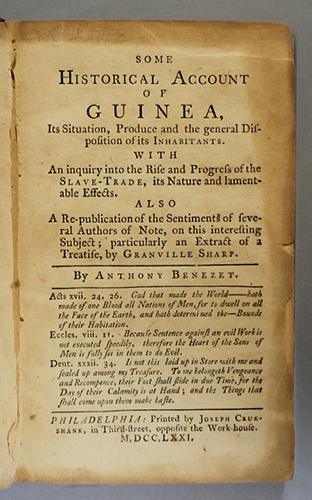 As noted in its subtitle, this historical account of Guinea considers, "Its Situation, Produce, and the General Disposition of its Inhabitants With an Inquiry Into the Rise and Progress of the Slave Trade, Its Nature, and Lamentable Effects." This is a copy of an important first edition of a valuable, insightful historical treatise by "the most determined, prolific, and successful advocate of the Negro’s rights in the American colonies," who fought against slavery all his life. [HT 1331 B465 1771]

Don Tapscott, U of A alumnus, is Chairman of Digital 4Sight, a think tank that is currently conducting a series of multi-million dollar investigations regarding how the Internet and new media are transforming business, government, and society. In 1992, in Canada, he chaired the first information highway advisory council ever established—setting a model emulated by many countries. Tapscott has authored seven widely read books on the application of technology in business. 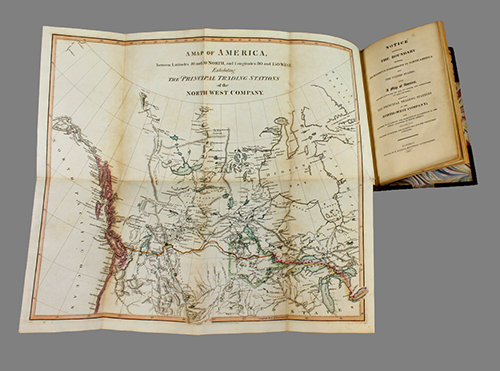 Wilcocke, Samuel Hull. Notice Respecting the Boundary between His Majesty's Possessions in North America and the United States. London: McMillan, 1817.

Lavishly illustrated with 64 etched plates, woodcuts, and ornaments by the author, this is the first edition of a rare and scholarly description, history, and analysis of classical mythology and Christian symbolism. It includes a map of America. The work is an important addition to the Peel library’s holdings of early European cultural classics. [FC 185 W667 1817]